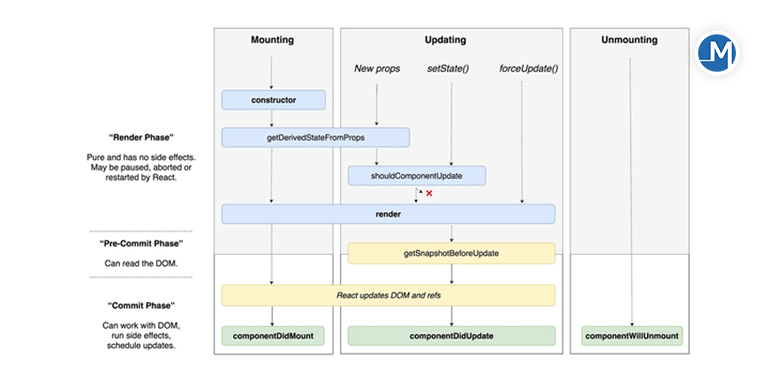 React’s class component API has been around for years with little change. However, as we add support for more advanced features (such as error boundaries and the upcoming async rendering mode) we stretch this model in ways that it was not originally intended.

For example, with the current API, it is too easy to block the initial render with non-essential logic. In part this is because there are too many ways to accomplish a given task, and it can be unclear which is best. We’ve observed that the interrupting behavior of error handling is often not taken into consideration and can result in memory leaks (something that will also impact the upcoming async rendering mode). The current class component API also complicates other efforts, like our work on prototyping a React compiler.

Many of these issues are exacerbated by a subset of the component lifecycles (componentWillMount, componentWillReceiveProps, and componentWillUpdate). These also happen to be the lifecycles that cause the most confusion within the React community. For these reasons, we are going to deprecate those methods in favor of better alternatives.

We recognize that this change will impact many existing components. Because of this, the migration path will be as gradual as possible, and will provide escape hatches. (At Facebook, we maintain more than 50,000 React components. We depend on a gradual release cycle too!)

Deprecation warnings will be enabled with a future 16.x release, but the legacy lifecycles will continue to work until version 17.

Even in version 17, it will still be possible to use them, but they will be aliased with an “UNSAFE_” prefix to indicate that they might cause issues. We have also prepared an automated script to rename them in existing code.

In addition to deprecating unsafe lifecycles, we are also adding a couple of new lifecyles:

StrictMode is a tool for highlighting potential problems in an application. Like Fragment, StrictMode does not render any visible UI. It activates additional checks and warnings for its descendants.

StrictMode checks are run in development mode only; they do not impact the production build.

Although it is not possible for strict mode to catch all problems (e.g. certain types of mutation), it can help with many. If you see warnings in strict mode, those things will likely cause bugs for async rendering.

In version 16.3, StrictMode helps with:

Additional functionality will be added with future releases of React.