Home > Blog > What Is ReactJS and Why Should We Use It? 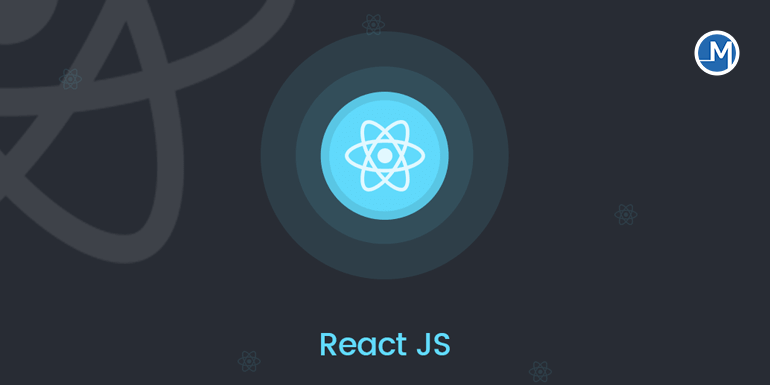 What Is ReactJS and Why Should We Use It?

What is React JS?

ReactJS basically is an open-source JavaScript library which is used for building user interfaces specifically for single page applications. It’s used for handling view layer for web and mobile applications. React also allows us to create reusable UI components. React was first created by Jordan Walke, a software engineer working for Facebook. React first deployed on Facebook’s news feed in 2011 and on Instagram.com in 2012.

React allows developers to create large web applications which can change data, without reloading the page. The main purpose of React is to be fast, scalable, and simple. It works only on user interfaces in application. This corresponds to view in the MVC template. It can be used with a combination of other JavaScript libraries or frameworks, such as Angular JS in MVC.

Key Reasons, why React has become so popular in less time:

React is just JavaScript, there is a very small API to learn, just a few functions and how to use them. After that, your JavaScript skills are what make you a better React developer. There are no barriers to entry. A JavaScript developer can become a productive React developer in a few hours.

But there’s a lot more to it than just that. Let’s attempt to cover all the reasons behind React’s rising popularity. One reason is its Virtual DOM (React’s reconciliation algorithm). We’ll work through an example to show the actual practical value of having such an algorithm at your command.

React is a JavaScript library. It’s not a framework. It’s not a complete solution and we’ll often need to use more libraries with React to form any solution. React does not assume anything about the other parts in any full solution. It focuses on just one thing, and on doing that thing very well.

The thing that React does really well is the second part of the definition: building User Interfaces. A User Interface is anything we put in front of users to have them interact with a machine. User Interfaces are everywhere, from the simple buttons on a microwave to the dashboard of a space shuttle. If the device we’re trying to interface can understand JavaScript, we can use React to describe a User Interface for it.

When you hear the statement that “React is declarative,” this is exactly what it means, we describe User Interfaces with React and tell it what we want (not how to do it). React will take care of the “how” and translate our declarative descriptions (which we write in the React language) to actual User Interfaces in the browser. React shares this simple declarative power with HTML itself, but with React, we get to be declarative for HTML interfaces that represent dynamic data, not just static data.

Key Design concepts of React that drive its popularity:

1 ) The use of reusable, composable, and stateful components

In React, we describe User Interfaces using components. You can think of components as simple functions (in any programming language). We call functions with some input and they give us some output. We can reuse functions as needed and compose bigger functions from smaller ones.

Components are exactly the same; we call their input “properties” and “state”, and a component output is a description of a User Interface (which is similar to HTML for browsers). We can reuse a single component in multiple User Interfaces, and components can contain other components.

Unlike pure functions however, a full React component can have a private state to hold data that may change over time.

2 )  The nature of reactive updates

In a browser, we need to regenerate the HTML views in the Document Object Model (DOM). With React, we do not need to worry about how to reflect these changes, or even manage when to take changes to the browser; React will simply react to the state changes and automatically update the DOM when needed.

3 ) The virtual representation of views in memory

With React, we write HTML using JavaScript. We rely on the power of JavaScript to generate HTML that depends on some data, rather than enhancing HTML to make it work with that data. Enhancing HTML is what other JavaScript frameworks usually do. For example, Angular extends HTML with features like loops, conditionals, and others.

When we receive just the data from the server (in the background, with AJAX), we need something more than HTML to work with that data. It’s either using an enhanced HTML, or using the power of JavaScript itself to generate the HTML. Both approaches have advantages and disadvantages. React embraces the latter one, with the argument that the advantages are stronger than the disadvantages.

In fact, there is one major advantage that can make the case for this approach by itself; using JavaScript to render HTML makes it easy for React to keep a virtual representation of HTML in memory (which is commonly known as The Virtual DOM). React uses the Virtual DOM to render an HTML tree virtually first, and then, every time a state changes and we get a new HTML tree that needs to be taken to the browser’s DOM, instead of writing the whole new tree React will only write the difference between the new tree and the previous tree (since React has both trees in memory). This process is known as Tree Reconciliation, and I think, it is the best thing that has happened in Web Development since AJAX!