Home > Blog > Django Vs. Laravel- Which Is a Better Web Development Framework? Django Vs. Laravel- Which Is a Better Web Development Framework?

Even though mobile app development is the trend for the present era, web development still holds importance within the business and non-profit scenarios. Therefore, picking the right framework is essential to get seamless website development and a high performing website.

Amongst all the top frameworks, Django and Laravel are the most renowned options for new and existing developers. But the developers are in a dilemma to decide on which is the better web development framework amongst the two.

To clear this conflict, in this article, you will get a clear insight into the detailed aspects of both Django and Laravel. Hence, you can easily conclude the better framework amongst the two.

Django is also popularly known as a Model View Template Framework that is built upon Python. It is an open-source framework and is free that promotes the agenda of rapid website development. Moreover, the developers usually pick it for its clean codes.

Laravel is the Model View Controller Framework that is built upon PHP. PHP is renowned for being one amongst the most popular languages over the web. Moreover, this framework is known for its powerful integration onto the websites to make them highly functional.

Just like Django, many top enterprises have leveraged the use of the Laravel framework. Some of the top companies who have their websites upon this framework are UNION, 9GAG and others.

Django vs Laravel Based on Different Characteristics

The main question here is, which is better? To help clear this question amidst the mind of developers, here is the detailed differentiation between the two most popular web development frameworks based upon different characteristics:

The top programmers do recommend Django on priority as it follows Python. As per the statistical details, Python programming is considered the fourth-best coding language as per the TIOBE Programming Community.

Laravel follows the OOP programming approach. As per the TIOBE Programming Community, the OOP language is in the 7th position over the index, making it a second priority for the developers.

Django gives the learning curve to the developers and makes it easy for them to use. The code readability aspect is easy with Django, and the framework assists the beginner developers to easily use and implement the web development aspects. 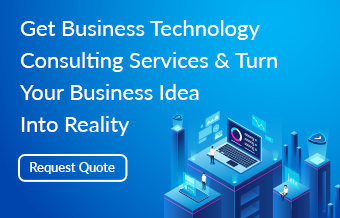 Laravel takes a point under this characteristic as it is quite intuitive as compared to Django. It allows the developers to master modern PHP development and learn database migrations within the framework. The learning curve is steep, and developers need to put in efforts to master all the available attributes.

As per speed is concerned, Python is a speedy language for which Django is very fast. As compared to Laravel, Django is quite fast and highly preferred by the developers.

The web development world is hostile, and vulnerabilities need to be avoided at all costs to limit the exploitations. Therefore, security is an important aspect to be considered. Django is meant to take security as an important aspect that helps the developers’ lookout for implementing high-security measures.

Laravel covers the basic security and is comparatively less efficient as compared to Django. Due to the enhanced security aspects, even NASA uses Django uses the framework for their website.

These are a few of the differential factors between Django and Laravel that explains the importance of both the frameworks. Both are good and efficient in their ways. But for most cases, developers do prefer Django to seek productive website development. So, make sure you analyse your needs and requirements and pick the right framework based upon it.

Mobio Solutions is a Laravel Development company who will guide you with strategic advice on the technology that fits best to your business solution. Hire a dedicated Laravel developer from Mobio Solutions and ask them to surprise you with delightful web development. You can contact us for service from the best technocrat of the team.