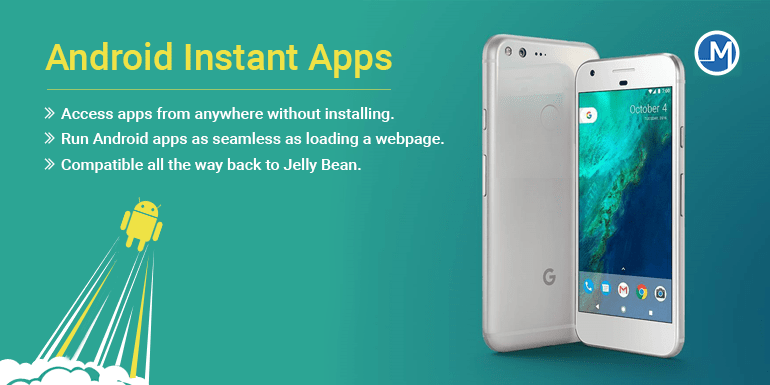 What is Instant Apps?

Instant Apps are the next step in app evolution, a universal Android solution that brings the speed and power of a native app with the ease and immediacy of a web app. They look and operate just like one of the apps that are installed on your phone, but you don’t need to download anything.

Native Android apps, without the installation With Google Play Instant, people can tap to try an app or game without installing it first. Increase engagement with your Android app and gain more installs by surfacing your instant app across the Play Store, Google Search, social networks, and anywhere you share a link.

Instant Apps are delivered to the user in small feature modules, each containing only the code and resources needed to accomplish a specific action. Instant Apps are triggered by URL intents, meaning that they can be started from anywhere including, search results, social media shares, messages, beacons, NFC and other applications or even other Instant Apps.

Instant Apps share a single code base with the installed APK counterparts and are also distributed via the Google Play Store through the Android Instant Apps section.

Why we using the Instant App?

Before we start our instant app journey, it’s worth noting that there are currently a few things that instant apps cannot do:

In addition, your application must: