Home > Blog > What is Flutter? A brief introduction about flutter 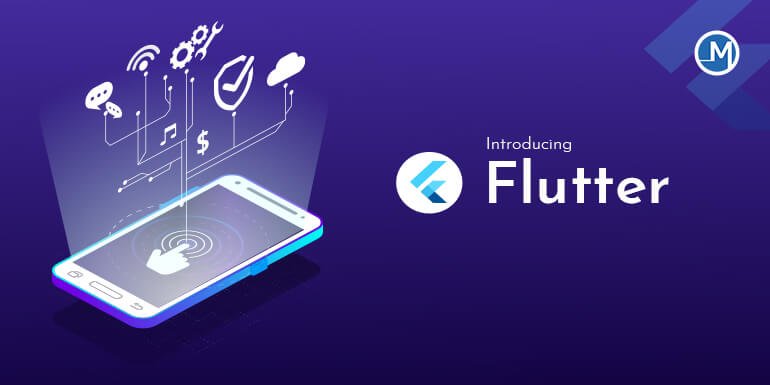 What is Flutter? A brief introduction about flutter

Flutter is Google’s portable UI toolkit for building beautiful, natively-compiled applications for mobile, web, and desktop from a single code base.

Flutter is a mobile app SDK for building high-performance, high-fidelity, apps for iOS and Android, from a single code base.

The goal is to enable developers to deliver high-performance apps that feel natural on different platforms. We embrace differences in scrolling behaviors, typography, icons, and more.

No mobile development experience is required to get started. Apps are written in Dart, which looks familiar if you’ve used a language like Java or JavaScript. Experience with object-oriented languages is definitely helpful, but even non-programmers have made Flutter apps!

Why use Flutter?
Here are some advantages of Flutter:

Core principles
Flutter includes a modern react-style framework, a 2D rendering engine, ready-made widgets, and development tools. These components work together to help you design, build, test, and debug apps. Everything is organized around a few core principles.

Everything’s a Widget
Widgets are the basic building blocks of a Flutter app’s user interface. Each widget is an immutable declaration of part of the user interface. Unlike other frameworks that separate views, view controllers, layouts, and other properties, Flutter has a consistent, unified object model: the widget.

A widget can define:

Widgets form a hierarchy based on composition. Each widget nests inside, and inherits properties from, its parent. There is no separate “application” object. Instead, the root widget serves this role.

You can respond to events, like user interaction, by telling the framework to replace a widget in the hierarchy with another widget. The framework then compares the new and old widgets and efficiently updates the user interface.

Building widgets
You define the unique characteristics of a widget by implementing a build function that returns a tree (or hierarchy) of widgets. This tree represents the widget’s part of the user interface in more concrete terms. For example, a toolbar widget might have a build function that returns a horizontal layout of some text and various buttons. The framework then recursively asks each of these widgets to build until the process bottoms out in fully concrete widgets, which the framework then stitches together into a tree.

Handling user interaction
If the unique characteristics of a widget need to change based on user interaction or other factors, that widget is stateful. For example, if a widget has a counter that increments whenever the user taps a button, the value of the counter is the state for that widget. When that value changes, the widget needs to be rebuilt to update the UI.