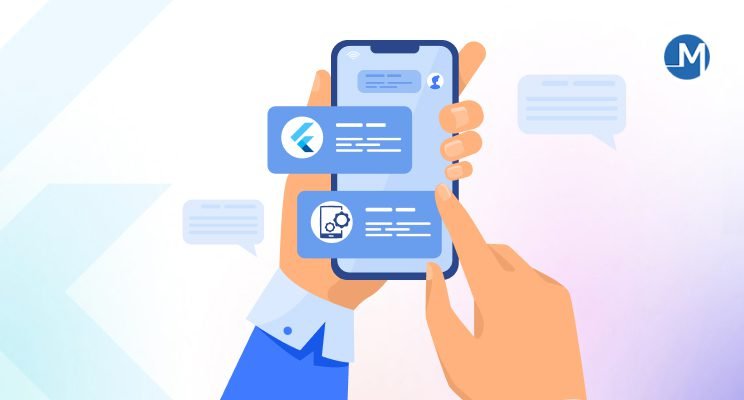 The Features Of Flutter App Development That Have Affected Native Apps

Flutter app development has been around for a while, and developers are paying a lot of attention to it and using it on the market. It aims to close the gap between mobile platform UI development by making it simple for developers to create apps that work the same on Android and iOS and can be maintained from a single repository. Let’s talk about a few important Flutter features that have affected native app development.

What Are The Features Of Flutter That Have Affected Native App Development?

The development of Flutter apps has been an excellent option for this. The procedure necessitates fewer platform-specific tools and fewer lines of code to be written. Every time they proceed with a development process for an app for a new platform, the developers can start from scratch. It’s a great option to work with because this makes it easier for the developers to be productive and save time.

Flutter provides support for the development process. It facilitates the creation of a custom user interface with even greater ease by providing a wide range of host services for powerful UI elements. Its widgets enable high-end UI support. Highly responsive UI interface designs are the expertise of dedicated Flutter app developers.

Also Read: Why Flutter Is The Best App Development Platform For Enterprises

Android and Flutter, two frameworks supported by Google, have distinct support architectures. The Kotlin or Java programming language is used for developing native Android applications, whereas Dart is used for Flutter.

Android is a well-known platform in the industry, so developers can test their native apps with various tools. However, developers can test the app at various stages of the development process thanks to Flutter’s robust testing platform. Additionally, it has a combined feature for testing widgets, which enables execution testing of widget-developed user interfaces. A separate process runs the tests, which can be done in real-time or on actual devices.

Outside of the IDE, developing and launching native apps is somewhat complicated. Yes, Android Studio gives you everything you need to use build automation and testing features. However, since Android lacks a Google-developed CI/CD system, third-party CI/CD servers like Jenkins and TeamCity are required.

Because it has Codemagic’s support, Flutter leads the way. The latter makes CI/CD systems possible without any problems. Additionally, it eliminates the need for configuration by automating Flutter applications’ identification, testing, development, and packaging. Codemagic simplifies app development, testing, and launch to the Play Store. 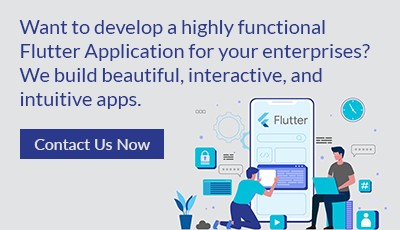 Ripple would make up an ideally incredible choice for application improvement for organizations attempting to come up and make up an application the same as a local application. While there are currently several cross-platform frameworks on the market, a native app development company has long been the preferred option. Flutter is a good option for organizations that need to prepare an app for themselves but need more resources.

Why Is Flutter The Future Of Cross-Platform Development?

This framework, which Google supports, comes with detailed, easy-to-understand documentation that can help developers create a cross-platform app and overcome project obstacles.

2. A Single Codebase Is Used For Multiple Platforms

Also Read: What To Expect With Google’s New Flutter 3.0?

Platform-centric UI widgets that are completely customizable are another important feature of Flutter. Cupertino and Material Design are the primary two sets of Flutter web widgets; These widgets provide users with a native-like experience by assisting mobile app developers in designing platform-specific UI/UX.

Flutter app development services let you create cross-platform applications with a single codebase, allowing for faster development and simpler debugging. As a result, app development time and effort are significantly reduced. It uses Dart programming, which focuses on usability and ease of use, which is the reason for the faster growth. A JIT compiler can compile it into JavaScript code due to its C-like syntax.

Databases, analytics, crash reporting, and messaging services are among the other advantages of utilizing Flutter Firebase, a Backend-as-a-Service (BaaS) platform developed by Google to develop web and mobile applications. Hire Flutter app developers who use Flutter mobile app development services can also benefit from Firebase because it is simple to integrate Flutter with Firebase.

Flutter is ideal for developing an MVP because it takes less time and effort to build an app, making it ideal for businesses or entrepreneurs who want to raise funds for product development or launch their product more quickly.

There is a lot of community support behind Flutter. The 25k GitHub accounts for Flutter’s rising popularity. In addition, Flutter is an excellent platform for hybrid app development because Google investigates bugs encountered by developers. 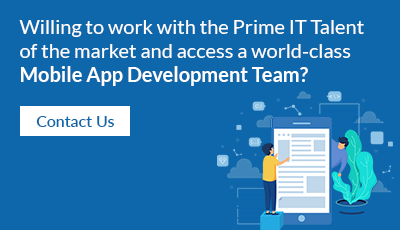 The opposition among local and cross-stage applications will happen for the following numerous years to come. The future requires cross-platform development capabilities alongside native app development’s strength and support. As a result, the two face a challenging battle. There have been a lot of discussions about whether Android or even Chrome will ever be replaced and the rise of cross-platform applications. Flutter usually contributes to the fire of the discussion and encourages its growth. A framework like Flutter is viewed as the industry’s driving force, and cross-platform development is anticipated to reach its zenith soon.

Mobio Solutions is a leading Flutter app development company that creates a flutter for enterprises as well as startups. Our expert team of Flutter developers will guide you with strategic advice on the technology that fits best your business necessities.