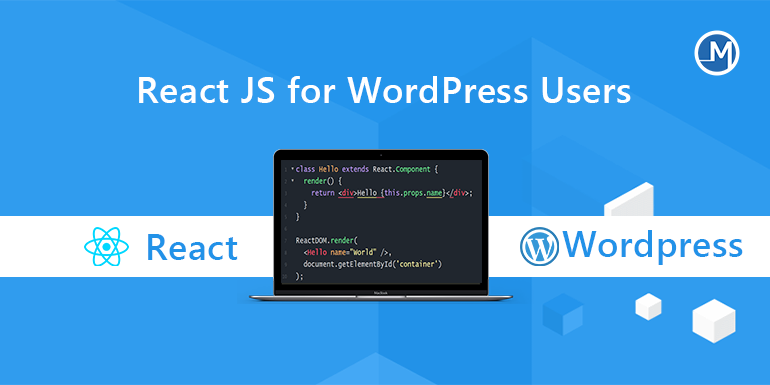 The Basic Introduction about React JS for WordPress users

WordPress Development uses PHP for all its back end base like updates,auth, APIs, DB layer and mostly front end. However, like other popular frameworks, WordPress has also been forced to adapt in recent times.

The WP REST API attempts to bridge the gap between the legacy of WordPress’s PHP core and rise of JavaScript. I believe that this is a huge step for WordPress for some reasons:

fetch() returns a promise and so it is “then-able”, meaning that you can use the then()method to process the outcome.

You can add fetch to a method inside your React class component, like so:

In the following example, we’ll fetch those four elements for each movie and render them.

With React tutorials, the following code may look frighten, but I hope it will seem much simpler when we break it down.

Finally, we control where our rendered data will appear by calling the renderMovies()method within our chosen <div> tags. We’ve now successfully fetched data from our WordPress site and displayed it!