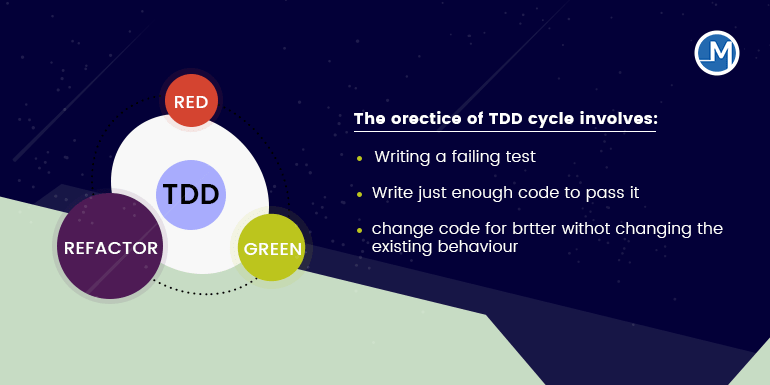 What is TDD (Test Driven Development) ?

TDD is an innovative software development approach where tests are written, before writing the bare minimum of code required for the test to be fulfilled. The code will then be refactored, as often as necessary, in order to pass the test, with the process being repeated for each piece of functionality. The below illustration shows how it works. To summarise, write minimal code and refactor continuously in order to satisfy the test.

Test-Driven Development starts with designing and developing tests for every small functionality of an application. In TDD approach, first the test is developed which specifies and validates what the code will do.

How to perform TDD Test: 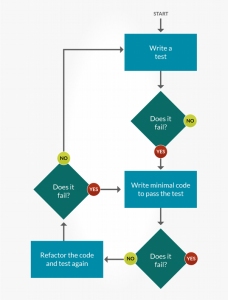 From this illustration we can define the sequence of steps for TDD as below:

Some clarifications about TDD:

Test-Driven development is a process of developing and running automated test before actual development of the application. Hence, TDD sometimes also called as Test First Development.

Advantage of TDD over the Traditional Approach

In the traditional development approach first, you select a user story, then develop it, run tests over it and refactor the code until the test is passed. In this method, the coding is done before testing. The disadvantage of using this approach is that you are unable to discover the errors or missing cases until the functionality has been fully developed. With TDD, you write tests upfront for functions that doesn’t yet exist. You know that the test will certainly fail at the start, but minimal incremental coding at each stage will make sure it will eventually pass at some point. So, this process makes sure you won’t miss any scenarios once the functionality is fully finished.

Software development teams have benefited a lot from TDD. Here are a few reasons why: