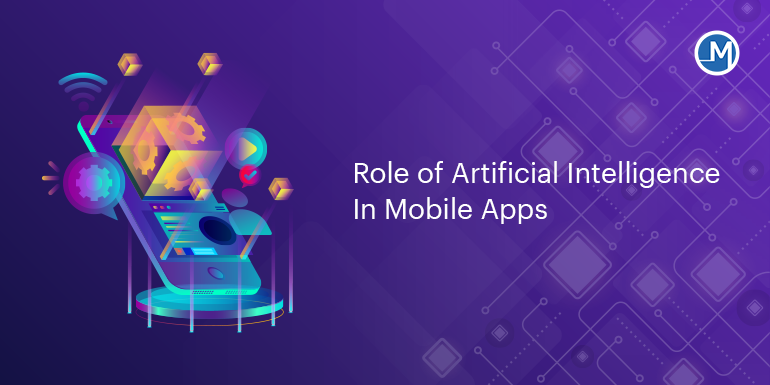 Artificial Intelligence (AI) is not only a topic of discussion for the innovators in the science field but also a topic of exploration and expansion in the business industry, specifically the mobile app industry. And it is worth noting that AI is not just limited to Google’s Assistant or Apple’s Siri anymore, it is growing much more than that and 2019 seem to be the year when we will see mobile app developers integrating more of artificial intelligence in their apps.

When smartphones and mobile apps have just started getting attention among users, both the iOS and Android apps were quite fragmented. However, the app developers, as well as device manufacturers, don’t want the users to keep on scrolling among the thousands and millions of apps that are present in the iOS and Android app stores. Thus, the constant efforts to ensure easy navigation and the searching system has been in place and the technology of Artificial Intelligence have seemed to fit perfectly in the scenario, especially when it is providing the developers and users the power of voice to perform the tasks.

What is artificial intelligence (AI)?

Artificial intelligence is a great innovation. This technology is seamless in its problem-solving abilities. It has vast use in the areas of speech recognition, banking, and educations. The truth is; AI integrated apps will improve app performance and their success rate.

AI is one aspect of computer science that is focused on the development of intelligent machines that function and work like humans. With AI, machines are becoming capable to perform human-like tasks and adjust to new inputs while learning from experience.

The core problems of associating iPhone app development with artificial intelligence include developing apps for certain traits such as The ability to manipulate and move objects, enhance perception, solve problems, reason and apply knowledge.

Today, most app development companies consider AI as an integral part of app development. These developers program apps that display learning, reasoning, and planning traits. Other traits of these apps are knowledge, perception, and ability to manipulate data. Thus, this creates a seamless experience for app users leading to enhanced satisfaction.

What is the potential of such technology development, particularly in the field of mobile applications? Close attention to the study of artificial intelligence is paid by the part of scientists from US universities. For example, in 2014 the project was launched, its name is AI100 – Century-old study of artificial intelligence at Stanford University. The importance of this research was caused by the analysis of the impact of the development of new technologies on human life in terms of its safety, psychology, social structure and other spheres.

Specialists in the field of development of new technologies suppose that Artificial Intelligence, as a symbiosis of science and technology, will later become an integral part of all branches of everyday life, for example, games, speech recognition, handwriting recognition, and smart robots, where the last ones have special sensors that identify physical data.

Integration of Artificial Intelligence into Mobility

Now, the use of Artificial Intelligence in mobile applications is growing as its application, first of all, makes a person’s life easier and better, and also economies the time. AI changes the boundaries of its stay: you can find it not only in laboratories but also in our everyday life as a GPS, in energy networks, in the online world.

Developers begin to create AI-enabled systems that can effectively learn from past experience, discover meaning, and exhibit the ability to reason and have already started integrating this technology to perform certain specific tasks such as voice or handwriting recognition, computer search engines and performing medical diagnosis.

In addition, in programs using AI, fewer errors and defects are allowed, since artificial intelligence is more universal than human intelligence. The most important thing to say is that the difference between AI and conventional programming is in the presence of “intelligence”, in other words, the imitation of a certain level of human thinking. In that way, we avoid only the sequential execution of pre-programmed steps. For example, algorithms with artificial intelligence are used in such search engines as Google.

Advanced artificial intelligence can be built on the basis of the so-called cognitive architecture, and individual modules in it can be responsible for functions such as eyesight, recognition, and generation of speech, making decisions, attention and other aspects of the mind.

Some companies teach us how to optimize prices and increase our sales and margins using Artificial Intelligence techniques and dynamic pricing.

AI is designed to serve the public good: to moderate publications in social networks (for example, with its help on Facebook, publications that are relevant to the propaganda of terrorism are effectively deleted).

In addition, artificial intelligence effectively filters photographs that contain inappropriate materials for publication, however offensive and angry publications are still a weak point of technology.

AI is at the center of a new enterprise to build computational models of intelligence. The main assumption is that intelligence (human or otherwise) can be represented in terms of symbol structures and symbolic operations which can be programmed in a digital computer. There is much debate as to whether such an appropriately programmed computer would be a mind, or would merely simulate one, but AI researchers need not wait for the conclusion to that debate, nor for the hypothetical computer that could model all of the human intelligence. Aspects of intelligent behaviors, such as solving problems, making inferences, learning, and understanding language, have already been coded as computer programs, and within very limited domains, such as identifying diseases of soybean plants, AI programs can outperform human experts. Now the great challenge of AI is to find ways of representing the commonsense knowledge and experience that enable people to carry out everyday activities such as holding a wide-ranging conversation or finding their way along a busy street. Conventional digital computers may be capable of running such programs, or we may need to develop new machines that can support the complexity of human thought.