Let’s Dive Into The Amazing World Of Laravel 9

Laravel has been updating its framework in the last few years as a language. The most recent launch of the Laravel platform is the Laravel 9. The new Laravel 9 features make this article’s great development framework. However, before delving into the new features of the newly launched Laravel 9, let us detail what Laravel is and how developers use it.

Laravel is one of the best PHP frameworks in the development scenario, and with the new launch, it will continue to be so. The Laravel framework is an elegant system that can create scalable software solutions. Earlier, the Laravel framework released its newest versions in a gap of six months between two.

However, the Laravel 9 framework was released after a 12-month gap between the latest versions, Laravel 8 and Laravel 9. While this is a break in the pattern, it also makes us think if Laravel 9 is far better than its predecessor versions. The article will carry forward the discussion to conclude this question.

Laravel Development Services is based on an open-source PHP development framework for web development. It’s an MVC framework that focuses on building simple to complex web apps with the PHP language framework. The framework uses the MVC model very strictly for web app development. Below are the key features of the framework that have stayed the same for different versions and deliver a definite identity to Laravel. A look into the basic features of Laravel provides a brief idea about the programming framework and its use.

The object-relational mapper or ORM of Laravel is also known as Eloquent. The feature is a great feature of the Laravel framework as it helps develop a seamless communication channel and seamless interaction between the programmer and the platform. The feature links the data model and the database choice.

Also read: 8 Reasons Why Laravel Is The Best PHP Framework

Artisan CLI is the command line that programmers use on the Laravel platform. The CLI is a very important feature of the app development framework. By mastering the Artisan CLI, the user can easily alter any part of the code with a simple use of CLI. This CLI reduces the hassle of browsing multiple files and folders to introduce a change. The CLI also enables the programmer to directly interact with his code framework database with the Laravel Tinker command line. The programmer does not need to install a separate database client for the same operation.

The MVC or model view controller architecture inherent to Laravel is a good feature that makes the PHP language easy to use and adaptable. A Laravel Development partner will find the platform very useful with its relatable language. The pattern the architecture follows is very prevalent for web app development.

It mixes recent improvements and a prevalent structure to balance conventional and modern programming languages. The architectural pattern is used in multiple language modes like AdonisJS from JavaScript. The learning of MVC architecture for the programmer is therefore useful for another language usage. 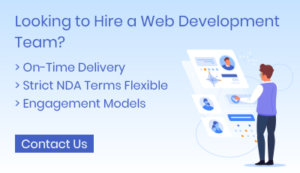 Presently, data security and cyber security are major concerns for any programmer. Every web app developer wants to create secure and safe apps for large-scale use over a network. The Laravel platform looks after the security part with updated regulations and policies. The Laravel platform lets the coder check the security provisions and create an end-to-end secure app for financial transactions and data transmissions.

The Laravel platform comes with adherence to OWASP security principles. The framework of Laravel 9 has a solution to all common and emerging security threats in the webspace.  Laravel 9 helps a coder circumvent all security concerns in the development process to create a robust web app framework.

Also read: Five Facts You Never Knew About Use Of Laravel To Accelerate The Learning Management System Performance

What is new in the Laravel 9 version?

Laravel 9 was supposed to be released in September of 2021. However, the framework update was released in February 2022 due to postponement. There were some solid reasons for this delay in the release of the version. For example, the Laravel 9 platform uses various community-driven projects and about 9 data libraries from Symfony.

Since Symfony was updating before its 6.0 version in November 2021, Laravel 9 was released months later with integrating the new Symfony library version. The postponement helped the release team figure out the interactions between the two platforms to create a completely new platform of integrated features for coders. The team could better plan its future releases and integrate new features for further versions.

Now that we understand the conditions of release of the Laravel 9 platform, we can go into the exclusive features of Laravel 9 that make it better than other versions of the platform. Laravel 9 helps a Laravel Web Development company use the features to create futuristic projects.

One of Laravel 9’s requirements is the latest PHP 8 and PHPUnit 8. This improves the testing capabilities of the platform as a whole. The integration of the two language modes is due to the integration of the Symfony 6.0 library on the platform. The new library also needs the use of PHP 8. The PHP 8 version has better improvements and features that help web app development. The coders need to upgrade to the newest version of PHP 8 before using Laravel 9. 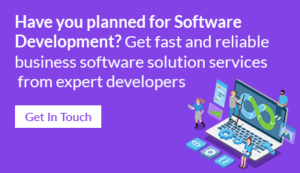 The migration issue stems from the recreation of the database from scratch. As a default, the anonymous stub migration is designed for any future collisions of migration commands with the same class name. While the function was introduced in version 8.37, the Laravel 9 platform has the command as a default, extending its functionality.

The Laravel 9 platform has a new query builder interface that helps with type hinting and refactoring, static analysis, etc. The type hinting feature was not that strong in the previous versions of the platform. However, in the new version 9, the new query interface, the type hinting feature is stronger than earlier versions. The feature can be used for smart code completion and refactoring code for a better pace of completion of the writing process. The interface is completely different from other versions, making it better than version 8.

Also read: Everything You Need To Know About Campaign Management System For Retail Industry

Since the minimum PHP requirement for the Laravel 9 platform is PHP 8, the platform has integrated the newest PHP 8 string functions for better integration and execution of code. The integration of these features will improve the overall efficiency of the platform in creating web apps.

The new design for routes will help manage big routes on the console. The improvements on the Laravel 9 platform also include new themes that are better than version 8. The new themes offer a lot of room for experimentation for the users. The coders can customize and change themes as per their wish to create new apps.

Laravel 9 is promising because of its long-term commitment to support and maintenance for web apps. The new version comes with the longest commitment of support guidance and maintenance. Security support through the Laravel 9 platform will extend for three years. These are clear advantages that Laravel 9 has over its predecessors. Therefore, it will remain the choice of developers for a very long time.

Mobio Solutions is a renowned custom web development company. Our team has always managed to deliver web solutions of all kinds right on time. Customer satisfaction has been our constant goal and even achievement.