Home > Blog > What Is Docker and How To Use It With Python App Development? 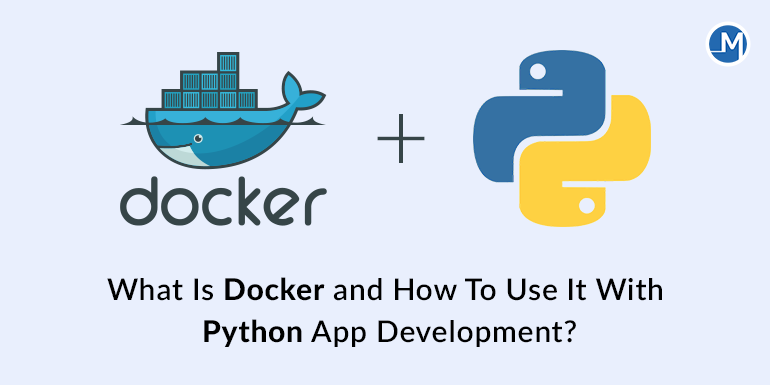 What Is Docker and How To Use It With Python App Development?

Docker is an open-source tool and one of the most preferred alternatives for virtual devices across the globe. Docker is extensively used by developers to hasten the development and in standardizing the development environment. However, it is explicitly loved by Python users as Docker perfectly caters to the needs of the language.

The most recent edition of the language can be found as Docker images; moreover, upon being configured, the image can ensure a steady environment for the application, be it about development or testing. Docker Hub makes things even more enchanting for software or application development using Python. One can claim that Docker has made things encouraging for the modern-day Python App Development Company. However, developers interested in using Docker for Python development may go through the following abstracts.

Preparation of the DockerFile

First of all, fix the edition of Python you want. If you simply want the most recent edition, writing python:latest should be enough. The pattern images are mostly names, like image_name:tag that must be provided while developing an image through the tag called build-t image_name:tag. Upon not providing any kind of tag while developing, docker marks it as the latest in an automatic fashion.

One can explore several images over Docker Hub to select through an Alpine edition that seems quite a basic image edition to that of the fuller version.

# author of the file

RUN — the instruction will run the commands in a fresh layer over the present image and deliver the outcome. The image that comes out can be used in the forthcoming steps within the Dockerfile, mostly as a shell, unless it is specified in any other way.

# Packages that are essential

COPY requirement.txt /app/
WORKDIR /app# instruction to be executed through image build
RUN pip install -r requirement.txt# Copy the entire files from the present source directory (from the system of you) to# Docker container within /app directory
COPY . /app

Noteworthy here is that the requirement.text is being copied twice. This is primarily regarding build optimization.  Every line within the Dockerfile is implemented as a distinct step, and it generates a fresh container. This is inefficient, considering that you often don’t wish to rebuild everything from the starting point through each build command.

To handle the same, Docker makes use of Layer caching. Instead of creating the container every time, it uses the container created earlier in the earlier development and stores. Hence, unless you bring changes earlier, the build method can use back the previous container. The requirements hardly vary, though the code frequently changes, hence using cache more smartly, instead of having the requirement package downloaded, the image is developed on every occasion. 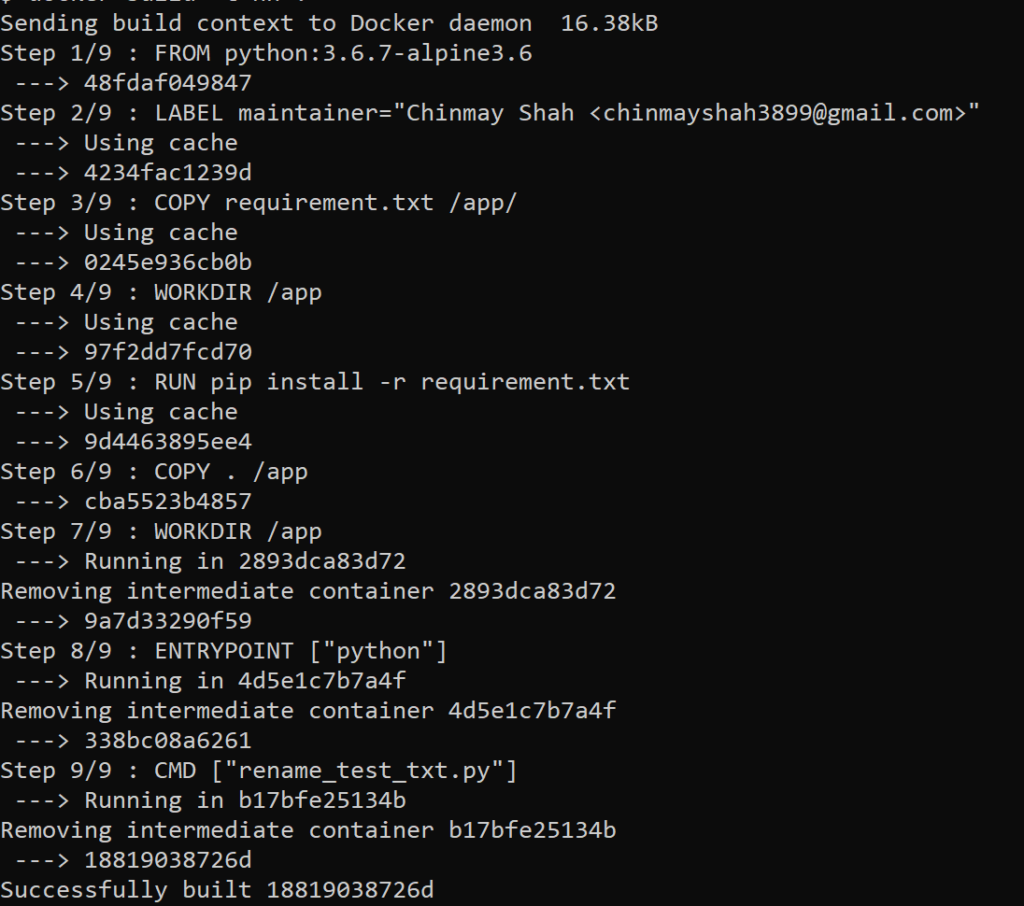 Noteworthy here is that every line of the docker file is one distinct step. However, every step comes with an explicit alphanumeric name tagged with the same.

ENTRYPOINT — It cites a command that will always be executed with the start of the container.

CMD — It cites the arguments that can be delivered within ENTRYPOINT. It is made use of when one wishes to run the container in the form of an executable. 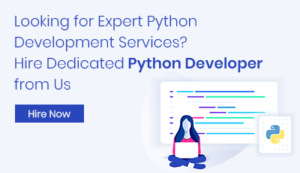 Having no entry point, the default argument can simply be a command, which is executed.

# Makes it specific about a command that will be implemented every time the
# container starts.
# Here we wish to initiate the python interpreter ENTRYPOINT [“python”]# We are up for initiating app.py file. (modify the same along with file name of you) # Argument to python command
CMD [“app.py”]

Initiating the container making use of cmd or a bash:

-v or –volume is meant for attachment of volume.

Volumes are the most desired mechanism to keep the data created and used by the Docker containers. Therefore, they are entirely handled by Docker.

To link a directory with a Docker container:

If you wish to make a volume to make the same access over various docker containers, building a docker volume would be highly recommended.

Also Read: Top Reasons Why Python Development Is A Perfect Match For Startups

Those up for using Python with DataScience most probably will make use of volume to share the basic data with the container. Next, it’s all about doing certain operations and writing the data back within the host device. Mostly, companies for python development services use docker through the docker toolbox. On such occasions, the v-map will map the container within the VM that has the C directory of the local machine mapped, hence turning it tough to use various logical drives as volumes.

So, this is all about one needs to initiate with Python using docker. Otherwise, taking the help of professional python web development services would be a great recommendation.

Mobio Solutions is a leading Python App development company. With the ability to build custom applications Python becomes one of the most popular programming languages among various industries. At Mobio Solutions, our machine learning, data analysis & mining, and Python development services deliver high-quality applications with enhanced features to increase the ROI of the business.